catchy song from an unusual Canadian band I heard on a random Spotify playlist. Now Wendy (my wife) loves it.  This is for you Slim! 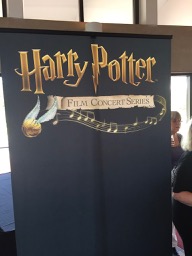 Our family (like many) loves the Harry Potter books and movies.  I have read the books three times (once myself, and once each with each of my kids).  I have always been a bit disappointed with the movies as I feel that they don’t always do justice to the richness of the novels – of course they can’t given the inherent limits of time and format of a movie.

But when we heard that the Baltimore Symphony Orchestra (BSO) was going to be playing the soundtrack to the 4th movie, HP and the Goblet of Fire, live as the movie played, we thought it would be a fun way to see the movie.

My sense is that many professional orchestras have been doing these types of concerts as a way of connecting with younger generation of listeners.  Of course the counter point, as expressed by my son’s music teacher (herself a professional bass player) is that it just shows that audiences these days can’t even listen to an orchestra without some visual stimulation.  Be that as it may….

Goblet of Fire is one of my favorites of the movie series, and I was excited to see how it would be with a live symphony accompaniment.  In a word it was amazing!

After the traditional orchestra tune-up, the orchestra conductor Jeffrey Schindler came out and enthusiastically welcomed the audience, encouraging everyone to enjoy the movie by clapping, cheering and laughing to their favorite parts.  He then polled us on our Hogwarts House allegiances (we have always been Gryffindor, although I was surprised how many Hufflepuffs and Ravenclaws there were in audience – even Slytherin got a good response).  As the house lights went down, the stage was black except for small lights on the orchestra member’s music stands so they could see their music, and a single spotlight on the conductor.  At first I thought this would be distracting in watching the movie on the large screen above the orchestra, but it left my awareness after the movie started.  The other potential distraction was that the film was close captioned, but again this ended up not being a big deal and was actually essential at several points where the orchestra music made it hard to hear the dialogue. (Although it did make it clear how simple and brief the movie dialogue is).  Given that the movie was close to 2:40, there was a 15 minute intermission about 1:30 into the movie.

Where having a live orchestra playing live to the movie worked best was during the many dramatic or suspenseful scenes – the Quidditch World Cup, the naming of the House Champions by the Goblet, the dragon task, the underwater lake task, the Yule Ball, and especially the final task and scene with Voldemort [I am assuming readers have seen the movies – if not, sorry…].  All of these scenes were enhanced, made more dramatic or suspenseful by both the volume of the sound and the brightness and clarity of the themes being played.   Call me crazy, but Emma Watson looked all the more stunning coming down the stairs at the Yule Ball with the orchestra accompaniment.  Ditto the death of Cedric Diggory, which was all the sadder and more tragic.

As I mentioned earlier, I have sometimes been disappointed with the movie versions of the Harry Potter books, in part because I find myself always comparing them to the books and thinking of all the plotlines being left out or changed.  But I have to say that seeing Goblet of Fire with the BSO let me enjoy the movie on its own merits and as its own version of the story.  There were many times when I simply forgot that the orchestra was there and that the music was just bigger and bolder than normal.

Having a live symphony orchestra playing while watching is a one of a kind experience that I would definitely recommend everyone experience at least once (we are already planning for future Harry Potter concerts as well as Star Wars)! 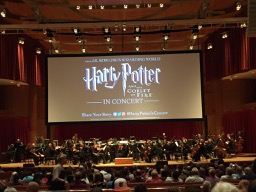 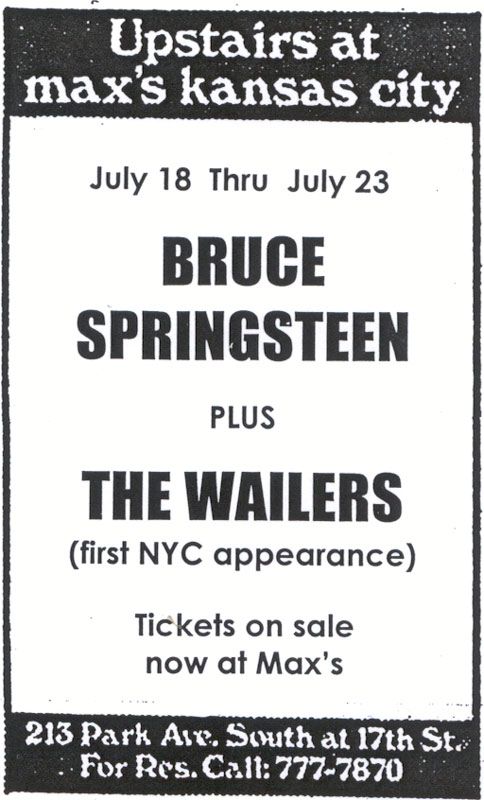 “Springsteen on Broadway” coming to Netflix

Said Ted Sarandos, Chief Content Officer, Netflix: “We are thrilled to bring Bruce Springsteen — a master storyteller, humanitarian and voice of the everyman — to Netflix in this historic one man show. This groundbreaking experience defies the boundaries of theater, concerts and film and will give our global audience an intimate look at one of the biggest cultural icons of our time.”

Said Springsteen manager, Jon Landau: “The purpose of the film is to bring this incredibly intimate show to Bruce’s entire audience intact and complete. In addition to its many other virtues, Netflix has provided for a simultaneous worldwide release which is particularly important for our massive international audience. Ted Sarandos and the entire company’s support has been a perfect match for Bruce’s personal commitment to the filmed version of ‘Springsteen on Broadway.’”

Bruce Springsteen’s historic sold-out series of performances of his one man show “Springsteen On Broadway” began previews on October 3, 2017 and officially opened October 12. The show was extended three times after its initial eight-week run, and will close on Broadway on December 15, 2018, bringing the total number of performances to 236.

First let me say I’m not a Motörhead hater, just never listened much. Then I stumbled on this David Bowie cover and I was skeptical but wow,  this really works. This is from an entire album of covers and one of the last things they ever recorded.

This is the stuff of nightmares.