1978, The Rolling Stones started a two-week run at No.1 on the US album chart with Some Girls the group’s seventh US No.1 album.  It was a commerical and critical success, with many saying it was their best since 1972’s classic Exile on Main Street. The cover was designed by Peter Corriston, and featured The Rolling Stones in garish drag alongside select female celebrities and lingerie ads. The cover immediately ran into legal trouble when Lucille Ball, Farrah Fawcett, Liza Minnelli (representing her mother Judy Garland), Raquel Welch, and the estate of Marilyn Monroe all threatened legal action for the use of their images without permission. The album was then re-issued with a cover that removed all celebrity images. Below is the re-issued cover.

2007, Prince continues his unique independent streak (and thumbing his nose at the music industry and convention) by releasing his album Planet Earth as a ‘covermount’ in the UK Mail on Sunday newspaper, 10 days before it was to released to stores.  The music industry was not pleased.  Stephen Miron, the newspaper’s managing director, said: “No one has done this before. We have always given away CDs and DVDs, but this is just setting a new level.” 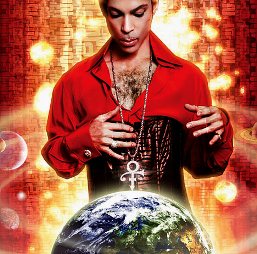