From one of the best post Beatle Beatle albums, All things must Pass

1942 So You Say Its Your Birthday! Jerry Garcia, American singer-songwriter and guitarist for the Grateful Dead, New Riders of the Purple Sage, among others.  Garcia died of a heart attack while in drug rehab in 1995.

1964, A Hard Day’s Night by The Beatles becomes their 5th #1 single in the span of 7 months in the US.  Its opening guitar chord becomes iconic.  The Beatles would spend 18 weeks at the No. 1 position during 1964.

1971, The George Harrison organized  Concert For Bangladesh takes place at Madison Square Garden in NYC.  The two concerts, to raise money to famine and war victims in Bangladesh, featured Bob Dylan, Ringo Starr, Billy Preston, Eric Clapton, Leon Russell, Ravi Shankar, and Badfinger, among others.  It was the first ever benefit concert of this magnitude, seen by over 40,000 people and raised over $250,000.  Over the decades, the concert, and resulting triple album and film, have raised over $12M (as of 1985).

1971 The Sonny & Cher Comedy Hour begins on the CBS network in the US.  The show grew out of a nightclub act that Sonny and Cher had embarked on after their music career declined.  The show featured comedy skits and musical numbers by the duo along with guest stars.  It ran until 1974, than again in a different from in 1976-77.

1981 MTV launches at 12:01 AM Eastern Time, with the words “Ladies and gentlemen, rock and roll,” spoken by John Lack and played over footage of the first Space Shuttle launch countdown of Columbia and of the launch of Apollo 11.  The first video played is The Buggles’ “Video Killed the Radio Star. 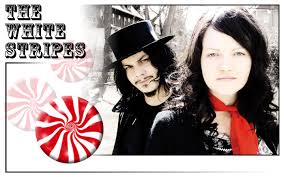